How to remove texts of a PDF online : 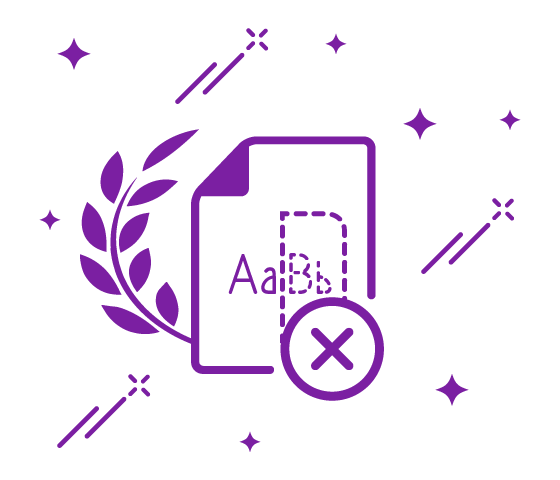 All PDFs are not created equal
Let’s take two PDF files: one created with a word processor, like MS Word, for instance, and one scanned document. Both files end with the .pdf extension. However, these files are not the same. If you open the PDF file created with your word processor, you can press CTRL+F, enter the words you are looking for, and the PDF viewer software will highlight the document's results.
But try selecting or searching text in a PDF produced by your scanner software when you’ve scanned paper documents, it is not possible. It is because the scanned PDF document isn’t text-based; it is image-based. This type of PDF is called a PDF raster , and it is soon to become a standard format for storing, transporting, and exchanging scanned documents
And then, there are vector PDFs, often created from CAD formats , or graphic design programs like Adobe Illustrator.
Text is sometimes not text in a PDF
Text is an independent element in native PDFs. You may see text characters in the PDF, but those characters are not necessarily PDF text elements. How can you tell the difference?
As we’ve just seen, text can be a raster image of text or a vector image of text. In all cases, it looks like text, but the computer doesn’t recognize it as such and cannot select or search it.
Text created by a word processor is neither a raster nor a vector image, it is (adequately) called Real Text, or PDF Text Element. Real Text is searchable and selectable. It looks sharp even when zooming, on the contrary to vector text which appears lumpy, and raster text which is pixelized.
Like in Magritte's famous painting, in the PDF world, an image of a text is not the same thing as the text itself.
Many PDFs include invisible text
To make the text of a scanned document searchable, you need to run it through OCR. This process adds a layer of invisible text in the PDF, so the OCR engine can recognize the characters and “read” the text. This text is not used during printing or viewing the PDF document, and it is invisible to the user.
Why would you need to remove the hidden text of a PDF? Sometimes, a scanned text which has been OCRed does not display well in a viewer. In some cases, the trick is to remove hidden text and re-process the document with another tool (like AvePDF OCR PDF ).
It is also possible that the OCR engine you are using needs to be updated, and you want to re-process your documents or switch to another tool with better performance. The last consideration, if you save as PDF/OCR a batch of documents that include already OCRed files, the result file will be heavier.
Other tools