How to convert a PDF document to JPG online: 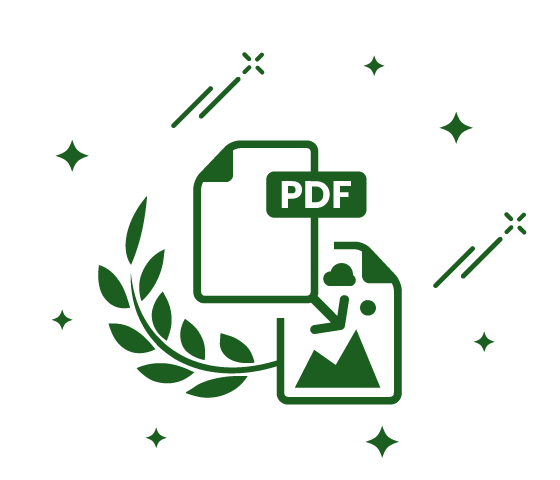 JPEG is still the most widely used image format
JPEG stands for Joint Photographic Experts Group. Every day, billions of JPEG files are shared on the web. It is both an image format and a compression algorithm . The standard has officially been adopted almost 30 years ago, in 1992. It is nowadays the only international standard free and accessible to everyone.
Will JPEG be the most widely used image format forever? In the last decade, a few alternatives to JPEG arose. The BGP (Better Portable Graphics) format invented by Fabrice Bellard in 2014 could replace or at least compete with the JPEG format as the quality is often superior. Like the PNG, it also supports transparency. However, the major downside is that no browser supports it natively yet.
WebP format developed by Google in 2010. WebP images are often lighter than JPEG while keeping the same quality. Unfortunately, although a lot of effort has been put into supporting it on most browsers and graphics software, WebP still isn't fully supported by all.
There are many situations where PDF to JPEG conversion is useful
For developers, the integration of images inside a website, desktop application, or mobile app is easy. It is possible through all the available frameworks. Integrating a PDF inside an application is a bit more complicated to achieve and often requires using third-party libraries like GdPicture.Net and Docuvieware . Using JPEG files instead of PDFs can reduce the size of a desktop application, reduce the size of uploaded images, and provide a better and more reactive end-user experience (unless you’re using our great PDF hyper-compression technology!).
For anyone, if you want to share documents on social media, it would be much easier to do so with JPEG pictures rather than PDF files.
Another advantage would be how editable an image is. Indeed, compared to PDFs, you can easily edit JPEG images through any online and desktop software ( hello Paint users !).
Other tools