Drop your file here or
Upload from your device
Upload from Google Drive
Upload from DropBox
Upload from Web address (URL)
Max file size: 256 MB
Embed this widget on your website
Get embed code

How to add password protection to protect a PDF online: 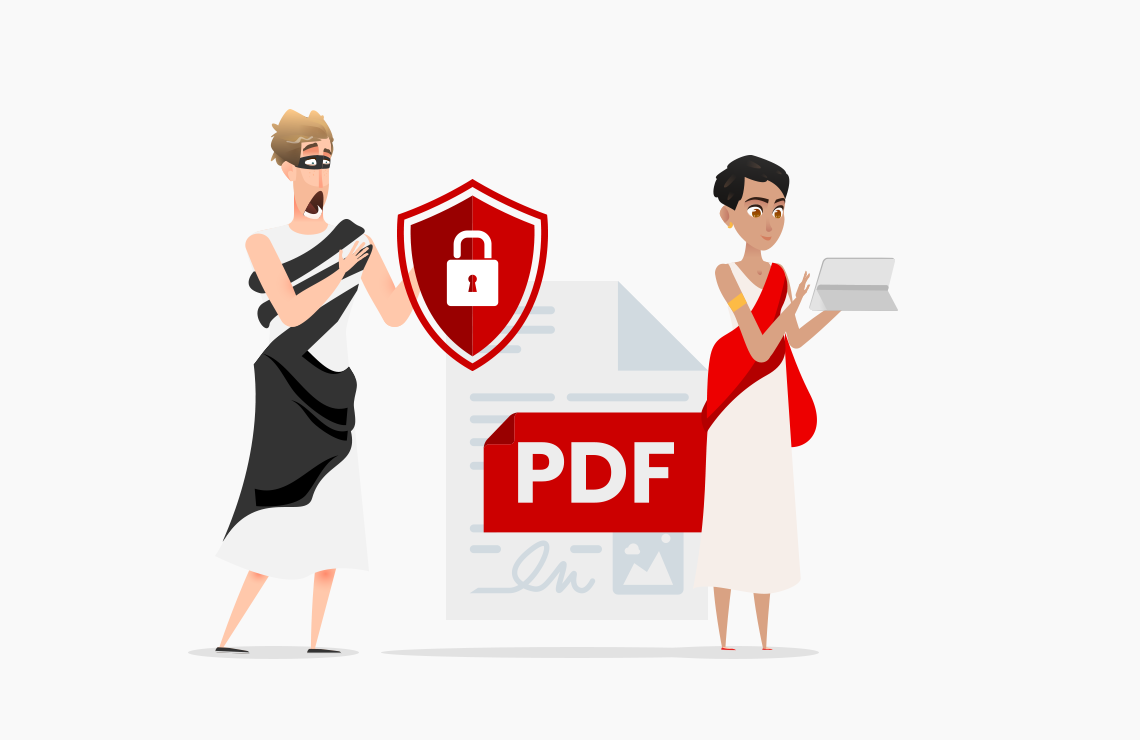 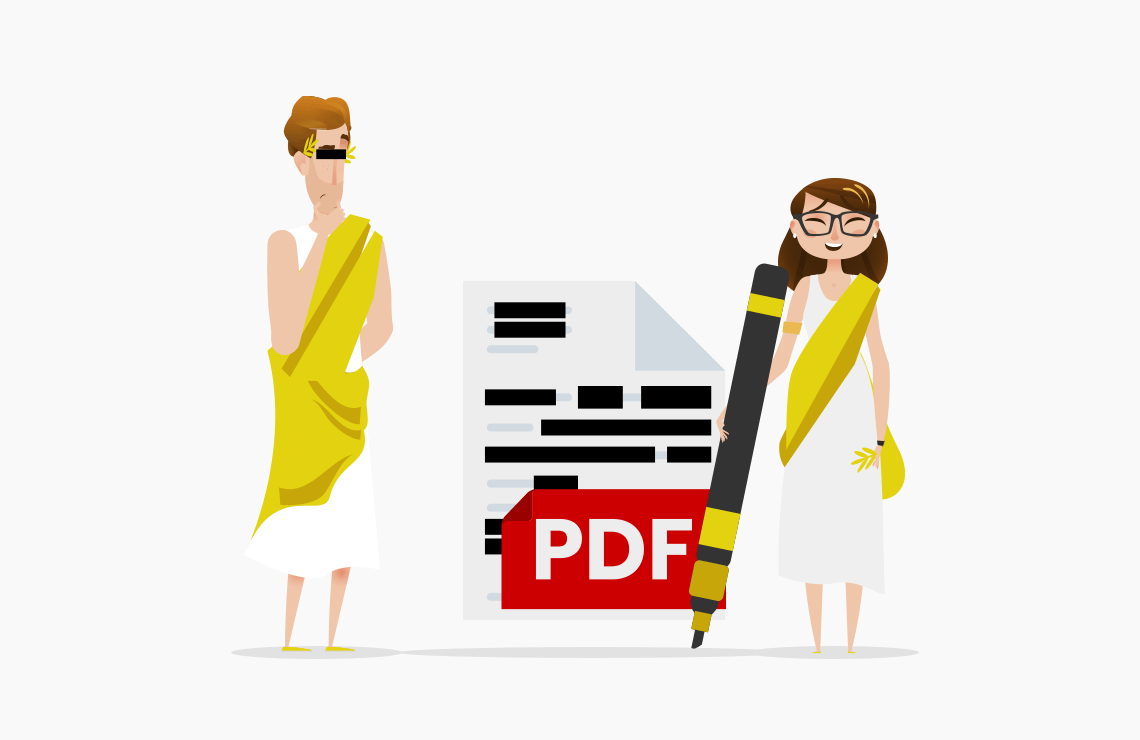 Encryption is very old
The art of cryptography is as old as writing since its purpose is to hide the meaning of a text from unwanted eyes. The first testimony can be traced back to 1900 B.C, in Egypt, where a message was encrypted with a system of hieroglyphics replacement. Ciphers are common in the military since Antiquity and the famous Caesar cipher.
During WW2, the Enigma machine played an essential role in protecting the Germans’ private communications.
In computer science, data encryption is the process of encoding unencrypted information (plaintext) into encrypted data (ciphertext) thanks to an encryption algorithm. A password (decryption key) is necessary to decode the text.
With quantum computers, cryptography is rising to another level in the nearest future. Those machines could even break the most sophisticated cryptography systems!
PDF encryption uses symmetric cryptography
RC4 and AES are two encryption algorithms used in PDF encryption. They both use symmetric cryptography, a method of encryption that uses the same key to encrypt and decrypt.
Versions 1.5 of PDF and below use RC4 encryption. However, this algorithm no longer offers adequate security and has even been deprecated in PDF 2.0. It was known for its remarkable speed in software, but critical vulnerabilities are making it unsafe. This is where the AES comes in.
AES (Advanced Encryption Standard) is a specification for encrypting electronic data specified in the standard FIPS-197. It is a modern block cipher found in a variety of applications. The only encryption algorithm approved by the NSA, AES-256, has been adopted by the U.S. government and organizations worldwide.
Security also depends on you
The length of a password and its encoding constraints depend on the algorithm used by the encryption tool. For instance, RC4 40, RC4 128, and AES-128 only allow the 32 Latin characters in the password, while AES-256 uses the UTF-8 table and Unicode. The goal is to provide a greater choice of symbols and generate a much more complex password.
Keep in mind that you can choose the tools with the most advanced encryption technology in the world, they will become useless if your password is easy to break!
Not only the length of the password matter, but its quality is also essential. Avoid using names and words because the most simple hacking technique is the dictionary attack